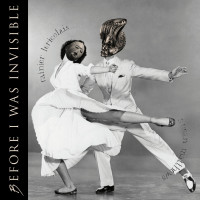 Susan Matthews is a UK based composer/musician, known for her intense, ambitious, hypnotic harmonies and industrial noise creations. She began composing experimental music, described by da/73 as ‘…dazzling abstractions of grace and beauty’, in 1999 and has developed a comprehensive CV of achievements, including gallery works, festival inclusions, artist residencies, live performances and radio airplay, both home and abroad.
In 2005 she founded the independent record label Siren Wire Recordings and has also recorded music for Tursa, Apollolaan, Sonic Oyster Records, Earth Monkey Productions and DA/73.
An ardent collaborator, she has successfully worked with many of her favourite artists including Tony Wakeford, Rainier Lericolais, Richard Moult, Clint Newton, Clutter, Alistair Crosbie, M, Yokna Patofa, Nick Grey, Damon Shulman and Fabrizio Modonese Palumbo.
In 2010 she launched Siren Wire Editions an independent record label specialising in hand made limited editions of music by carefully selected experimental artists from around the globe.

Rainier Lericolais (born in 1970 in Châteauroux, France) is both a multidisciplinary artist and musician. He’s also an avid record collector. He works in a variety of media, including painting, film/video, installation, fanzines, and records (his discography comprises more than a hundred recordings). He has collaborated with such diverse artists as Simon Fisher Turner, Stephan Eicher and Sylvain Chauveau. In addition, he is a member of the band Minizza. His work is exhibited in many different private and public collections, galleries and museums (Centre Pompidou in Paris or FRAC Limousin for instance). His work as an artist aims at grasping the elusive, a fleeting memory or a furtive gesture. He is represented by the Frank Elbaz Gallery in Paris.

“Before I Was Invisible” deals in dark colours and slow tempos without ever becoming too maudlin or lapsing into gothic cliché. The use of acoustic instruments, voice, and understated electronics and processing creates a strange sense of intimacy — a chamber music that seems at once a relic of bygone times and a powerful contemporary touchstone. Despite the apparent surface simplicity of the music, each sound, phrase, and harmony is perfectly chosen and deftly arranged. Somewhere between the thunder and excess of electronic noise and the dry cerebrality of current orchestral music, Matthews and Lericolais mark out their own beguiling niché.”
www.fluid-radio.co.uk/2016/01/matthews-lericolais/
credits
released October 11, 2015