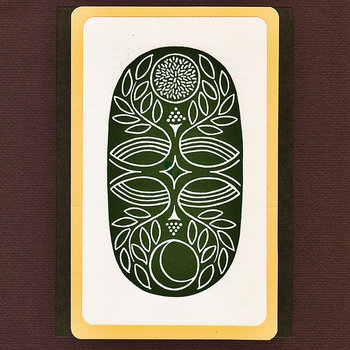 “Jackie McDowell connects the sounds of various folk traditions — vocal rounds, acoustic guitar, harmonium, dulcimer and the drone-producing shruti boxes of Indian music — with the meditative care of a private ceremony and the blurriness of hallucination. Based in Pittsburgh, she has put out a few dozen recordings since 2009, often on cassette or limited-quantity disc, sometimes under the name Inez Lightfoot. “New Blood Medicine” is her latest, released online earlier this year and just now available as a CD-R from the French label Wild Silence. It’s a record that leads with atmospheric detail: echo effects, deliberate placement of sounds around microphones (a shaker up close, a whistled melody far away) and incidental or accidental buzzes, hums, distortions and radio transmissions. But it also has songs with lingering intent, including “Thirteen Mothers Rise” and “Scrape Dirt Marrow.””

All songs by JM except two: “Tea Song,” written by Michael Hurley, and “Stars In The Heaven,” an old North American folk ballad.